Current developments, projects and our positions on foreign trade

To give you a quick overview of important news from the field of foreign trade and export promotion as well as developments in legislation, we have summarised current developments on the topics of foreign trade and export promotion for you. In addition, our members are welcome to register for our monthly newsletter "AuWi News" (in German) so as not to miss any important news.

The EU-U.S. Trade and Technology Council (TTC) was launched in June 2021 at the EU-U.S. Summit. It serves as an exchange forum for the EU and the U.S. to coordinate their approaches to key global trade, economic and technology issues and to deepen transatlantic trade and economic relations based on shared democratic values.

The SPECTARIS Foreign Trade team closely follows the work of the relevant TTC working groups and raises the concerns of SPECTARIS industries in the relevant meetings and consultations. For example, within the framework of the Export Control Working Group, SPECTARIS submitted a statement on the cooperation between the USA and the EU in this area in the beginning of January.

The EU Commission presented its new instrument against coercive measures by third countries on December 8, 2021. The EU and its member states are increasingly facing deliberate and targeted economic pressure from third countries to change EU policies in areas such as climate change, taxation or food safety. As a reaction and defensive measure, the Commission is now presenting a new instrument against economic coercion by third countries (also known as the Anti-Coercion Instrument). SPECTARIS has been actively involved in the public consultations prior to the publication.

The aim of the new instrument is to prevent third countries from restricting or threatening to restrict trade or investment in order to bring about a change in EU policy in areas such as climate change, taxation or food safety.

As a first step, the counter-measures instrument is intended to de-escalate and withdraw specific coercive measures through dialogue. EU countermeasures would only be used as a last resort when there is no other way to address economic intimidation, trade defence instruments or explicit coercive measures used by other countries against the EU. The countermeasures could then be, for example, the imposition of tariffs or import bans or limits from the country in question, as well as restrictions on services or investment or measures to limit market access in the EU's internal market for the country in question.

Positive News for the German Camera and Photo Technology Industry: Settlement in the Airbus-Boeing-Dispute-BOEING DISPUTE

Following the meeting between US President Joe Biden, EU Commission President Ursula von der Leyen and EU Council President Charles Michel on 15 June 2021, a partial success has been achieved in the Airbus-Boeing dispute over subsidies, which has been going on for 16 years. The mutually imposed punitive tariffs will be suspended for a period of five years.

SPECTARIS welcomes the agreement reached in the Airbus-Boeing dispute and the associated longer-term suspension of the reciprocal punitive tariffs as the punitive tariffs have also significantly affected the German camera and photographic technology industry and their business operations in the United States. Together with other trade associations, SPECTARIS has been fighting for a long time for the abolition of the punitive tariffs for uninvolved industries.

Petition for the Abolition of Punitive Tariffs

Key changes of the regulation include two new EU General Export Authorisations, new requirements for internal compliance policies and due diligence, amended controls on cyber surveillance and technical assistance, certain broader definitions (e.g. the definition of exporter has been expressly extended to cover ‘hand carries’), a clearer licensing gateway for non-EU exporters, as well as provisions allowing for increased coordination and transmissible controls between Member States.

On 11 June 2021, the Bundestag adopted the Federal Government's bill on corporate due diligence in supply chains, also known as the "Supply Chain Act", as amended by the Committee on Labour and Social Affairs. The Bundesrat already voted in favour of the law in May. The law will thus come into force on 1 January 2023.

The Act will apply to companies from all sectors having their head office, principal place of business, administrative headquarters or registered office in Germany and employ a minimum of 3,000 employees. From January 2024 the area of affected businesses will encompass businesses with 1,000 or more employees.

The supply chain comprises all supply chain activities of a company inside and outside of Germany that are required to manufacture goods or provide services. In-scope companies are obliged to

Investment control in Germany: Adoption of the  17th Amendment of the Foreign Trade and Payments Ordinance

The Federal Cabinet adopted the  17th Amendment of the Foreign Trade and Payments Ordinance (Außenwirtschaftsverordnung, AWV) on 27 April 2021. The new regulations came into force on 1 May 2021, one day after their announcement in the Federal Gazette. The 17th Amendment concludes a series of measures, including the Amendments of the Foreign Trade and Payments Act (Außenwirtschaftsgesetz, AWG) as well as the 15th and 16th Amendments of the AWV, aimed at tightening rules on foreign direct investment. As a result, more investment projects may be subject to the reporting obligation, leading to a potential increase in restrictions for or prohibitions of acquisitions.

The Amendment Ordinance slightly changes some of the existing definitions of critical sectors and significantly expands the number of critical sectors. The focus of the 17th AWV amendment is on the newly added regulations on foreign direct investment in future and high-tech sectors such as artificial intelligence, autonomous driving, semiconductors, optoelectronics or quantum technology. It is positive that the review threshold and the associated reporting obligation have been raised, as suggested by SPECTARIS in its comments on the draft, to at least 20 percent. For investments in critical infrastructures and in the armaments sector, the inspection threshold for a reporting obligation remains at 10 percent.

The 17th AWV amendment also explicitly regulates that renewed investments by the same investor in a company are also relevant for review - but in future only if certain clearly regulated thresholds (20%, 25%, 40%, 50% or 75% of the voting rights) are exceeded. This removes the existing legal uncertainties in the current audit practice and leads to a relief for investors and companies.

There are many areas in which Germany wants to cooperate more intensively with the states of the region - be it in strengthening the rule of law and human rights or in cultural, educational and scientific exchange. The security sector has a special role to play here.

Economic relations are also to be expanded - among other things, by concluding EU free trade agreements with other Indo-Pacific countries. It is also important to avoid one-sided dependencies by diversifying partnerships. Other topics include digitalisation, networking or visionary future technologies - issues that are important for Germany's global competitiveness. This also includes the social discourse on free access to information and protection against misinformation.

With the Guidelines, the Federal Government aims not least to promote a European strategy on the Indo-Pacific. For this reason, the strategy takes up European policy approaches and offers points of departure for closer cooperation at the EU level as well. 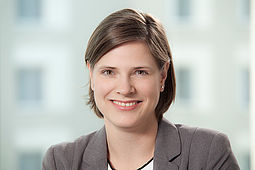 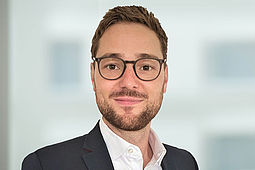 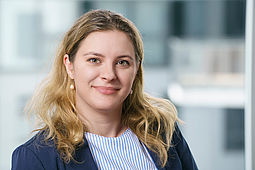